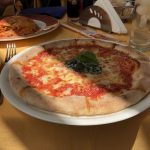 Ready to feast on the latest culinary delights? There’s no better place to taste delicious dishes, learn quick cooking tips from pros and rub elbows with celebrity chefs than at international food festivals. Here are the most exciting epicurean events that will allow you to eat your way around the world.

Melbourne Food and Wine Festival
In March, this festival unveils a mouth-watering program of more than 250 events bringing food and wine to the streets of Melbourne over a two-week period. One of its most iconic events is the ‘world’s longest lunch,’ where some 900 diners enjoy a three-course alfresco lunch seated at a snaking 1312-foot-long table, the location of which changes each year. While the cuisine is traditional Australian (think surf ‘n’ turf, not Vegemite), the festival has introduced a special focus on heritage and long-lost culinary skills such as preserving, pickling and smoking.

Taste of London
Held in Regents Park every June, the Taste of London is a four-day celebration of food and drink. This is where London’s top restaurants – such as Yauatcha, Theo Randall and The Modern Pantry – serve sample-sized dishes with award-winning chefs revealing their tricks of the trade. You can also take part in wine tutorials and cooking classes, and watch chefs wield their knives in the cookery theater. Expect an eclectic array of cuisines, which make this a diverse and multi-cultural event, representing foods from around the world.

Fete de la Crevette (Honfleur, France)
The largest seafood festival in France, the Fete de la Crevette is a two-day event with nautical-themed concerts and gatherings of historical old sea vessels near the mouth of the Seine. Indulge on shrimps, especially the little grey shrimp, or ‘petite grise’, a local specialty, plus a variety of seafood including all manner of unusual subterranean dwellers such as sea spiders. There’s even a shrimp-peeling competition for the nimble fingered.

Taste of Beverly Hills
A relative newcomer to the festival scene, Taste of Beverly Hills is nonetheless an epicurean spectacular worth celebrating. Set on the famous Wilshire Boulevard behind the Beverly Hilton, the five-day event includes cooking demos with world-famous chefs and wine seminars with some of the best vintners in the state. Previous festivals have provided a showcase for celebrity chefs and restaurateurs including Wolfgang Puck, Curtis Stone, Top Chef winner, Michael Voltaggio; French chef Ludo Lefebvre; and Jon Shook and Vinny Dotolo of the trendy LA restaurant Animal.

If any of these appeal to you, Worldwide Cruises and Tours would love to help you plan your foodie trip.